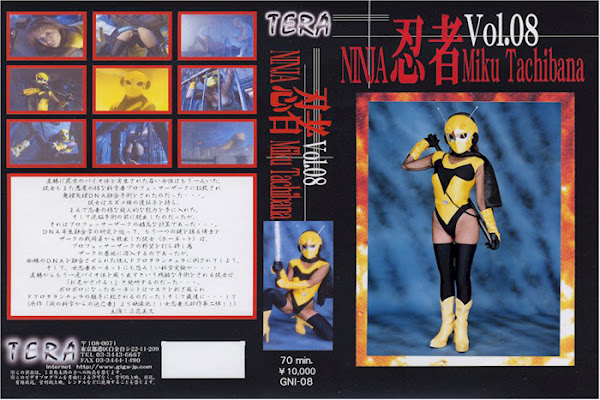 There is another young female who is parasitized a bio-organism of some insect into the rectum. She also has been taken away by a diabolic scientist Prof. Zurk and been forced to have DNA fusing operation willy-nilly... And she has an ability of super human beings like ninja by being planted a gene of a wasp. And luckily she has succeeded to escape before the brainwashing surgery. However， this is actually a temporizing measure of Prof. Zurk... She is named Hornet rescues a professor who has another key on the researches of the DNA Parasite Fusional Study， and she sneaks into Prof. Zurk’s base in order to smash his aspiration. But she is knocked down by a monster named the Skull-Tarantula who is fused DNA of a spider. And also there is a fierce scientific experiment awaiting a female ninja Hornet...! She is performed cruel surgery on the rectum in order to take out her bio-organism once more， and in spite of herself she cries like that，” Oh， my butt is cracking!” ... Miserable tattered Hornet is stripped of her mask， and she is violated by feelers of the Skull-Tarantula! And at last...!? (Picturization from an original ”The Fugitive from the Dark Science” The second stage of the trilogy of Female Ninja!!)