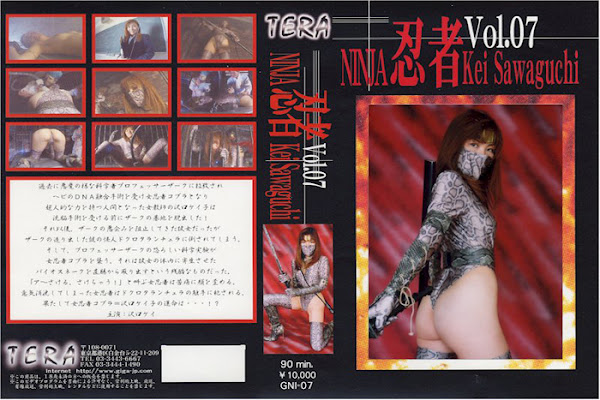 A female teacher Keiko Sawaguchi was once statched by Professor Zark， a demon-like scientist， and after going through an operation to fuse snake’s DNA into her she became a female ninja ”Cobra” that had a superhuman power. But she managed to escape from the Zark’s base station before being given a brainwash operation! She has been preventing Zark’s evil schemes ever since but gets defeated by a mysterious monster ”Skull and Crossbones Tarantula” that Zark invented. Then a dreadful science experiment of Prof. Zark bears down on the female ninja ”Cobra”. It is something really cruel that bio snakes that have been hosted within her body are taken out of her rectum. ”No! It’s going to split!”， the female ninja screams with her face distorted in agony. The tentacles of ”Skull and Crossbones Tarantula” then assault the female ninja who is now out of spirits. What will be the fate of the female ninja ”Cobra” or Keiko Sawaguchi...!?