ZVGD-01 A Sabbath of Fate 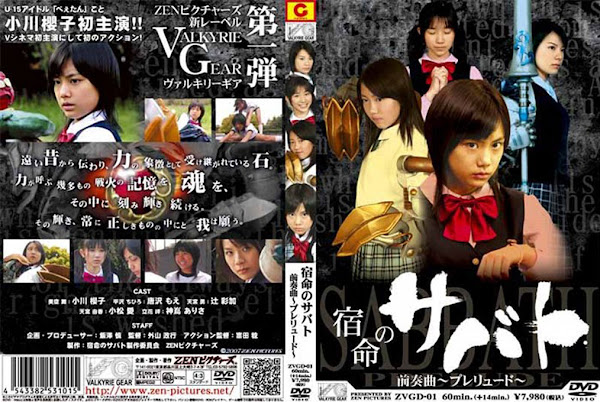 The Spirit Stone ... it is a stone with special power descending from ancient times.... The stone keeps shining with the power that caused numerous wars， storing the souls of those who fell in the fight.... Now another war is about to begin between ”Parasites”， those who are no longer called humans， and ”Soul Crusade”， secret clan fighting against the growing breed of Parasites ... and this is the war that changes the fate of the girls! This is the first movie starring Sakurako Ogawa， graduate of U-15!!