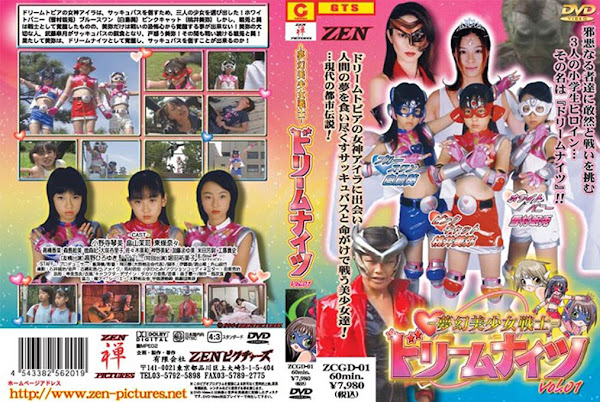 The Sackubaz， the inhabitants of Nightmare， a world of darkness that had been created by the hate， anger and jealousy that exist within the hearts of humans have appeared in the real world. The purpose of the Sackubaz is to eat up the dreams of humans， and re-create the world of reality into one filled with terror and despair. Aira， the goddess of the dream world， Dreamtopia， selects three girls as guardians of dreams， giving birth to beautiful dream warriors， called the Dream Knights. White Bunny， Minusagi Yukimura and Blue Swan， Aoi Shiratori awaken as warriors. However， the third girl， Pink Cat， Miya Momoi is unable to awaken as a warrior from her fear towards the Sackubaz. Her aunt Satsuki’s dream is snatched away by the Sackubaz. White Bunny and Blue Swan who enter enemy grounds to rescue her， are caught by them. Miya plunges right into the trap of the Sackubaz to rescue the two girls. Her wish of wanting to protect everyone transforms into power and causes a miracle... The Dream Knights succeed in rescuing Satsuki by defeating the Sackubaz and Dark Widow... However， this victory is no more than just the beginning of the fierce battles that are yet to come... And now， the battle has begun for the beautiful and noble three goddess-dream warriors， Dream Knights. Here finally is the special effects action of the heroic deeds of the three noble and beautiful warriors! The Dream Knights! May the power of will give them the strength to defeat evil!