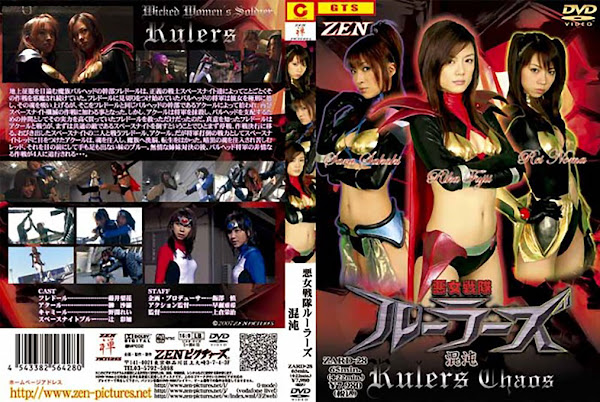 Hellcats band ”Rulers” Chaos Starring: Rika Fujii， Sara Sakaki， Rei Noma Fledor， the cadre of evil tribe ”Balhead” brewed conquering the earth. But none of them did work because of ”Space knights”， or warriors of justice. The general of Balhead thought Fledor a clinker， and punished her capitally and drew her spirit out. Then， Akur， another cadre of Balhead， picked up her and so Fledor came to join destroy-SpaceKnights mission again. But the fact was， Akur saved Fledor as an associate to defeat the generaland govern Balhead together. Known that fact， Fledor began fighting against Akur， but they stopped fighting under an agreement of defeating their common enemy Space knights. They lured two Space knights out into the open， and began fighting. Then Akur found Space knight Red very useful to defeat General， Akur tried to implanting spirits， and brain-washing her as an evil. Red was suffered from dark spirit， and her sister Blue had nothing she could do even she was just in front of Red. After the crazy all-sister fight， General Balhead opened his cruel gambit.