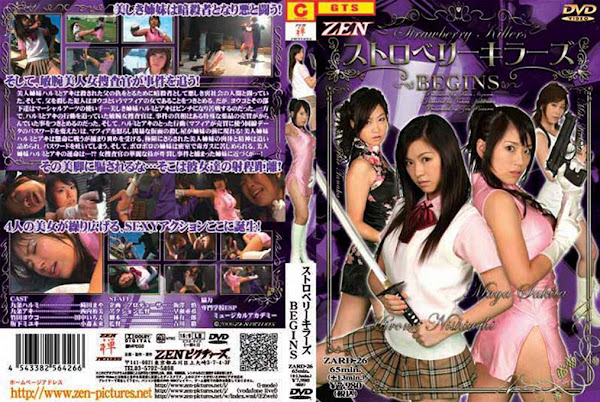 Lovely sisters Harumi and Aki have been fighting as assassins against people in the vicious underground community to avenge their murdered father. They find out that the murderer who killed their father is Yoko， a mafia woman. But Yoko and her men are skilled at martial arts... so the beauty sisters are in a pinch and face an uphill battle. Meanwhile， a shrewd female detective on the trail of Harumi and Aki traces down the truth of the case; it was involving a trade of special drug. What Harumi and Aki did (they changed the password to the data circuit the mafia uses for trade) rouses the mafia’s anger and a berserk masked killer appears before the sisters! Harumi and Aki fight desperately but they end up being captured and tortured. As the bodies and souls of the beauty sisters reach a limit， they are driven into a corner and uncover the password. Then the worn-out sisters suffer from poison gas in a locked room. What will be the destiny of the lovely sisters Harumi and Aki...!? The female detective blows up splendid techniques to touch on the case and the captured sisters...! The lovely sisters become assassins to fight against evil! And the shrewd good-looking female detective follows the case! Don’t be swayed by their nice legs... They are still within expectations! A sexy action film in which 4 beautiful women are engaged is now born!