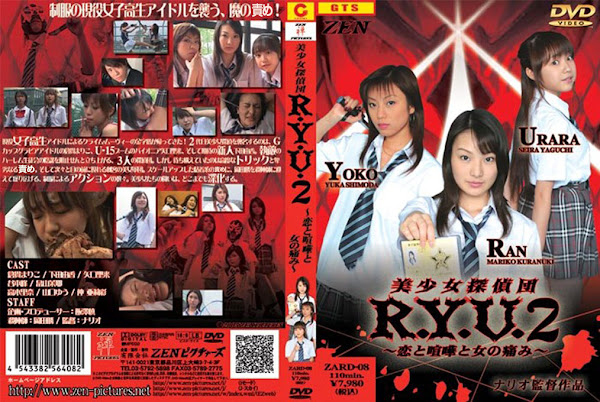 The best of crime movies acted out by high school girls is back! Those who will be succeeding the name and becoming the 2nd generation girl detectives， are G-cup Gravure idol Mariko Kuraki， pioneer of the under 15 boom Seiki Yaguchi and new-face， Yuka Shimoda whose future is highly anticipated . The 3-girl detective squad stand against their arch-rival the Harlem Student Council to stop the conspiracy. But awaiting them， are high-caliber tricks and ruthless torture. Appearing one after the other before them are a squad of beautiful assassins. Watch for scaled-up and even more persistent torture scenes， performed under the guidance of sword fighting instructor Masaru Okada. Watch also for various action scenes in school uniforms. The battles of the girls fall deeper and deeper into the pit.