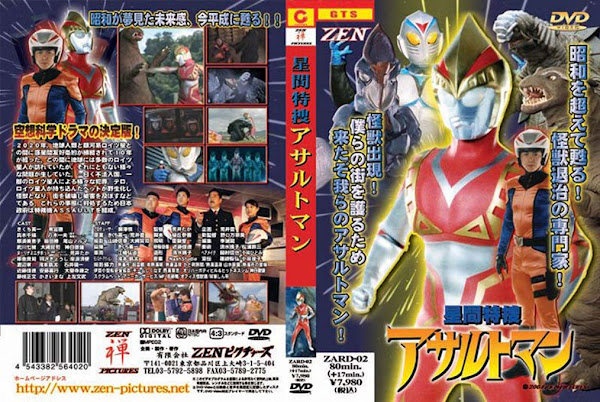 2020 D.C.. Ten years have passed since an interplanetary friendship treaty was signed between the people of Earth and Planet Roitz of the galactic system. During this time， many inhabitants of Planet of Roitz have come to Earth. Along with the many visitors came a host of problems， such as illegal entry， crimes committed by a few inhabitants from Roitz， terrorist activities， and pets that were brought in from Planet Roitz， turning wild， transforming into monsters and destroying the towns. In order to cope with these problems， the Japanese government establishes a secret military agency called ASSAULT. A.S.S.A.U.L.T Assault is an organization within the Interplanetary Ministry of Health， Labor， and Welfare， that is in charge of interplanetary crime control. It collectively refers to a special organization that investigates and takes care of crimes occurring among the planets. Their activities include a wide range of things， such as getting rid of huge disastrous creatures， which are hazardous to the safety of space， and so on forth. Depending on their mission， the members are divided into the Assault Special Investigation Unit， the Assault Task Force， the Assault Security Unit， etc. The chief administrator of this Interplanetary Welfare Bureau is Yutaro Arashi. Ed Ryden（Tohru Aritomi） He is a member of the Assault special investigation unit. He used to work as a security guard for the Imperial family of Planet Roitz. He is a very responsible person， and although he is quite flustered by the cultural ways of the humans， he tries really hard to somehow understand. He transforms into Assaultman. Alice Kawamiya（Chie Maki） A member of the Assault Special Investigation Unit， she is the first person from Earth who has been transferred to work at Planet Roitz. She is the daughter of Masato Kawamiya， an Interplanetary Ambassador. Although her father fall victim to a terrorist attack on Planet Roitz， she bolsters up courage and instead of brooding over the incident， she gets things done by living cheerfully and positively. Yutaro Arashi（Eiichi Kikuchi） He is a member of the Assault Special Investigation Unit. Although he is stubborn， he takes good care of others and is very reliable. He is a conventional， fatherly type character， and has an incredibly wide range of friends. He is also a master of the Japanese sword， who is capable of charging through a shower of gun fire with his sword alone. He has a wife and a 6th grade son， named Taro Arashi. Takeshi Yagi（Kazuo Yagi） He is a member of the Assault Special Unit. He is an energetic and passionate character， who like curry over rice.