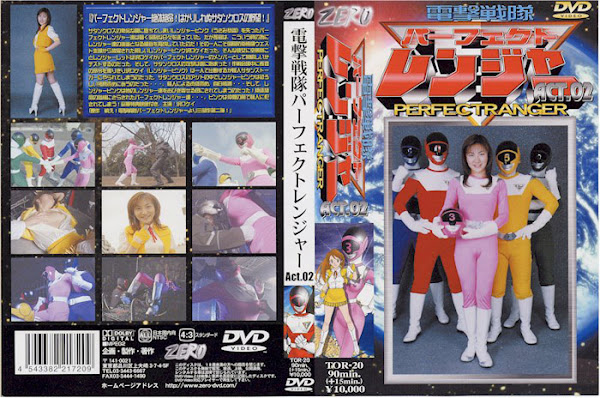 Having lost Ranger Pink (Kyoka Usami) who had fallen into a dirty trap of Satan Cross， Perfect Rangers were having dark and heavy days. But it turns out that the director has been developing elite who can succeed any of Perfect Rangers at times like this. One of those is Kei Sawaguchi， the new Ranger Pink， who is selected by International Defense Organization， West Branch. Ranger Red as Tsuyoshi Kuujo tests whether Kei is suitable for a member of Perfect Rangers. In the meantime， Satan Cross finally launches attacks! Having thrown off the director’s order， Kei Sawaguchi (Ranger Pink) goes into action on her own during a strategy meeting but she gets beaten by Satan Stoeger， a monster. She then is subjected to dreadful torture in the hideout of Satan Cross... Molested by the monster， put to a confession device...and Ranger Pink is used as a decoy to rope in other members of Rangers! Perfect Rangers are exposed to a terrible crisis... Pink ends up being disgraced by the monster in front of her fellows! (The second film of the original ”Fight! Blitz Forces Perfect Ranger” trilogy)