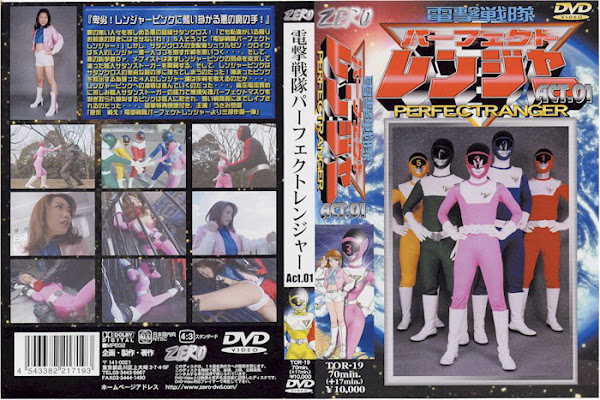 Satan Cross， a cadre of vices harassing innocent people! ”You can’t have your way as long as we’re here!” cry the five of blitz rangers， the Perfect Rangers! But， the archon Schweitzen Kreuz of Satan Cross has worked up an operation to down the five rangers one by one... And， Dr. Mephist， the vicious scientist， has developed a monster， Satan Schtoger， designed to go after Ranger Pink’s weakness. Ranger Pink falls miserably for Satan Cross’s mean tactics! The remaining four Rangers now plan for the rescue of captured Ranger Pink， while she is put to molestations... Electrified under high voltage， with her Prefect Mask ripped off by Monster Satan Schtoger with savage force， Ranger Pink gets screwed by the Monster and later mass attacked by lowly fighters.. Star player: Kyoka Usami， the first episode of three-part production based on the original ”Fight! Blitz Rangers， the Perfect Rangers!”