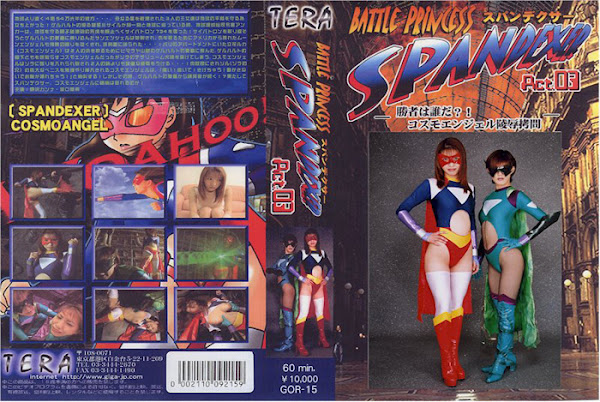 400，540 thousand light years far away from the earth， three princesses， whose mother planet has been destroyed， stand up for the peace of the earth! When the clock is ticking for the approach of the comet missile manipulated by Gerhard， the Commandant of Earth Destruction ”Anger” seizes Cybertron 734 to prevent proton destruction shell that protects the earth from being completed! Sun Angel gets into the fortress of Gerhard to get Cybertron back but gets executed， and then Moon Angel， who has come from the U.S. to avenge， is driven into exile after receiving the gamut of torture... In response， Ruka Tachibana (Cosmo Angel)， who has been in an apartment in Paris， flies into Gerhard’s fortress in the Himalayas to avenge her two sisters. She blows up the combatants of Gerhard but gets exposed to the telarium beam of Zola. Cosmo Angel gets kicked out by Zola and is subjected to more brutal disgrace than her sisters received. A blast sound is heard from the fortress of Gerhard! Will Spandexer Cosmo Angel have a chance of winning?