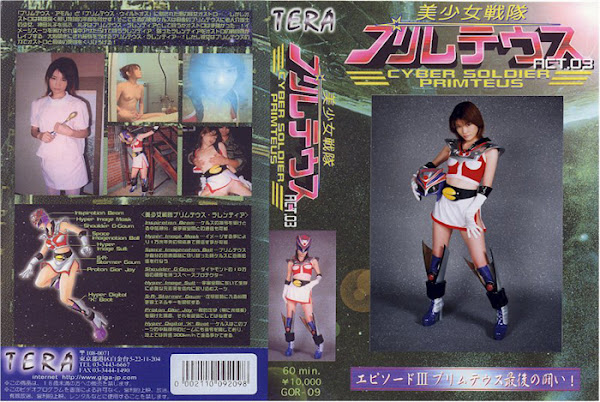 The evil embodiment named Ostro is beaten by ”The Primteus-Amol” and ”The Primteus-Willtos.” However， Ostro rises from the dead persistently and threatens peace of the earth! And the righteous missionary named Kells chooses Reiko Kanda who is a girl care taker for old people as the last Primteus. Reiko fights against Ostro as the Primteus-Larentia， but Ostro is too strong...! She is torn her image suit off， and she has to fights against the enemy while she is having bruises all over her body. In addition to that after she is so weaken， she is disgraced by Ostro’s combatant. Legs of Primteus-Larentia are so widely extended， and she is surrendered...! However， she tries a last death fight against Ostro while she’s utilizing her power of the Primteus!