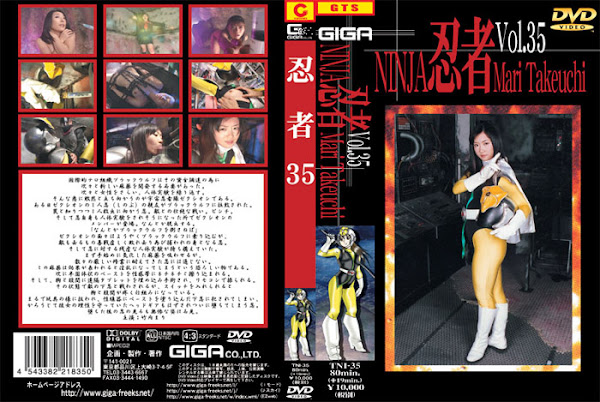 Black Wolf， an international terrorist organization， is in need of continuous development of new drugs for its fund-raising. They kidnap women one after another and conduct experiments on human bodies. It is Zexion， a band of cosmic Ninjas， which faces up to such evil. One day， Black Wolf snatches a close friend of Shinobu， a member of Zexion. Knowing it is a trap， Shinobu makes her way to rescue her alone. A fierce battle against the enemies... She is in a pinch! It is not until Shinobu herself is nearly subjected to a human experiment that the other members of Zexion show up. She manages to escape. ”We will have to defeat Black Wolf in one way or another”， the members of Zexion eventually embark on cleanup of Black Wolf. However， despite the good fight， they lose out and Shinobu once again gets trapped. And what is waiting for her is a cruel living-body experiment. Firstly， they make her breathe in vaporized drug but it does not work on her as she has endured mad amount of rigorous training. This drug is dreadful stuff that makes people prurient when it works. Secondly they rub her erogenous zone with semisolid paste persistently. Then they implant a remote tablet in her breasts and groin respectively and manipulate her by remote control. Shinobu is forced to fight against the enemy lower-Ninjas with the tablets inside her， which are designed to make her breasts and groin feel itchy when they are on. She is treated like a toy and disgraced by a lower-Ninja with some paste rubbed into his genitals. And the mind control helmet that has been barely protecting her rational nature is removed and Shinobu finally gives in.