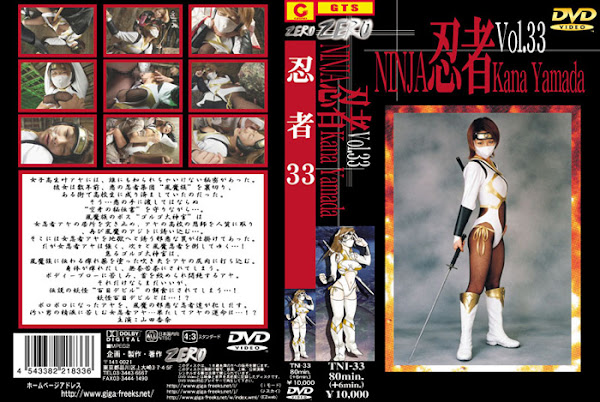 Aya Kanou is a high school girl with a secret no one should ever know. Several years ago she double-crossed the evil ninja clan “Huh-ma Zoku，” and she lives quietly， hiding from them， disguised as an ordinary school girl. And the girl has another secret; that is “Scroll of Kuh-ga，” book of secrets that should never fall into the hands of the evil. But Archbishop Gorgo， leader of “Huh-ma Zoku，” finally finds out the hiding place of Aya， and taking her high-school teacher as hostage， this scheming archbishop attempts to lure her into the lair of the clan， where a deadly trap has been set up for Aya. However， Aya fights back bravely， beating the ninjas of “Huh-ma Zoku.” So Archbishop Gorgo， now driven into corner， resorts to his secret weapon. He shoots a poisoned arrow that hits Aya in the hip. Exhausted Aya is tortured and faints in agony， strangled and punched in the belly. But this is not the end for her because there is a legendary monster waiting for her， called “Hundred-Eyed Devil” that begins assaulting her， plus evil ninjas also starting to disgrace battered Aya. But what is the “Hundred-Eyed Devil”? And what will become of the female ninja Aya， ejaculated on by these men， soaked in semen!?