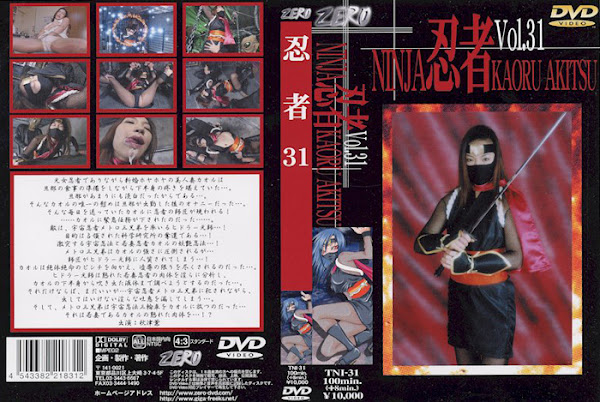 Kaoru was a newly-wed beautiful wife， who had been a female Ninja. While preparing the dinner for her husband， she was enduring throbbing of the lower half of the body because her husband was indifferent in sex. The masterbation after he went to work was the only comfort for Kaoru. One day， her Ninja master appeared in front of her. She was given an urgent mission. Her enemy was the General of the Army Hidler， who was leading three brothers of Space Ninja Metro. Her purpose was to regain the science laboratory which had been captured by them. The Space Ninpo and the voluptuous Ninpo of Kaoru crashed aginst each other. Metro Brothers were overwhelmed by the Kaoru’s strength. But her master was captured by Hidler. Kaoru was made to be in a desperate situation and surrendered thoroughly. Hidler tried to analyze the ripe body of Female Ninja and even the liquid spouted from the lower body of Kaoru. In addtion to that Kaoru heave a deep and lustful sigh while she was disgraced Metro Brothers. Metro Brothers shot Space Ninpo Tricycle to Kaoru. What would happen to the disgrace body of Kaoru?