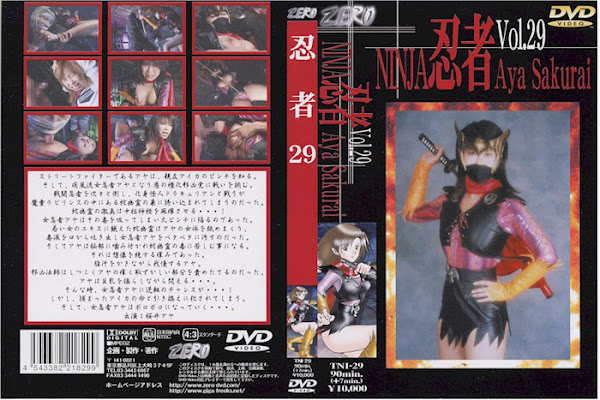 Here Comes the Transforming Ninja Aika! and the Ninja Heroines featured. Transforming Ninja Aika of the Swift Winds school is fighting the Jakyo Vile Gang which has been rampaging in Japan to disturb peace. With her mentor teacher abducted， she now transforms herself from a naive coed into a girlie Ninja Aika to fight a dangerous battle with the Incarnated Monster Draculian. But， alas， she fails to escape the swing and gets hit by a vicious blow of Draculian. And， she is now assailed by various monsters one after another. Splashed with a poisonous liquid spewed out by the Snake Ghost， she tries to endure the obnoxious odor but loses her control and pisses in her pants. Evil Monk Joel puts Aika under a vile spell to turn her nymphomaniac. Aika has now become lascivious in front of her enemy. Jakyo Priest， suspecting that she yarns for pleasure in her cunt， moves in to fill her desire， raping her to his heart’s content. While being disgraced， Ninja Aika cannot help but exult in her pleasure.