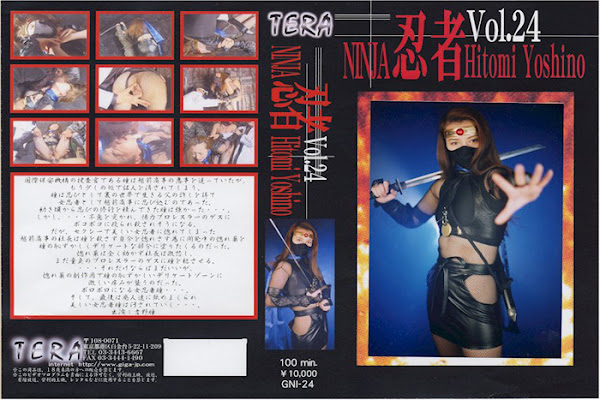 Hitomi， an investigator in the International Security Organization， has been probing into the crime of Echizen Trading Co. She has had a witness killed just before a testimony. She gets permission from her father， a covert Ninja in the undergroud world， to sneak into the office of Echizen Trading as a Ninja girl. Trained since her childhood in Ninja techniques， she is now a strong Ninja girl. But， without her knowing it， she is taken in by surprise by Guez， the powerful professional wrestler， and beaten almost to death. Fallen in love instantly with this beautiful and sexy Ninja girl， the president of Echizen Trading is now giving her a chance to live to be his own mistress. He rubs a secret aphrodisiac into her cunt to make her fall for him. The drug fails to take effect. Disgruntled， the president gets into fury and make the virgin professional wrestler， Guez， to disgrace her. Worse， the drug dabbed into her groin causes unbearable itching. Beat and feeling down， the beautiful Ninja Hitomi now gets her body licked all over by lowly villains.