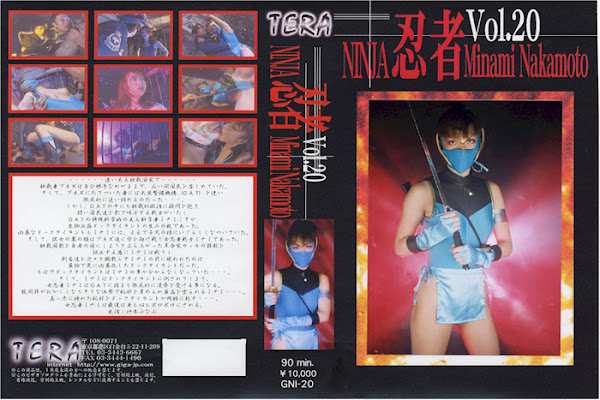 In a faraway despotic country， the dictator Bunez had caused anxiety to the citizen for a long time by his egoism. Those who had refused to obey him had been persecuted with GAT. However， in GAT， there was a warrior who had some doubts about the dictatorship and secretly taken the side of the citizen. Minami， the beautiful scientist in Special Science Unit in GAT， was the inventor of the biological weapon， Dokkutairanto. Though it was ferocious， Dokkutairanto was attached to Minami like a puppy. She was also female Ninja Warrior Minami， who fought against Bunez. Minami struggled to stop the termination of the revolutionist Will who had stood up to make the despotic country free. Minami put the enemy to rout， but there appeared Dokkutairanto who had become more ferocious due to drug in front of her. Dokkutairanto no longer could recognize her. Minami was knocked down by Dokkutairanto and caught by GAT to be humiliated thoroughly. With the posture which could cause the hip joint twisted， she was attacked and put on some chemical lotion on the secret place. Dokkutairanto mercilessly disgraced Minami by the secret place which was swelling in red. The body and mind of female Ninja Minami went to pieces.