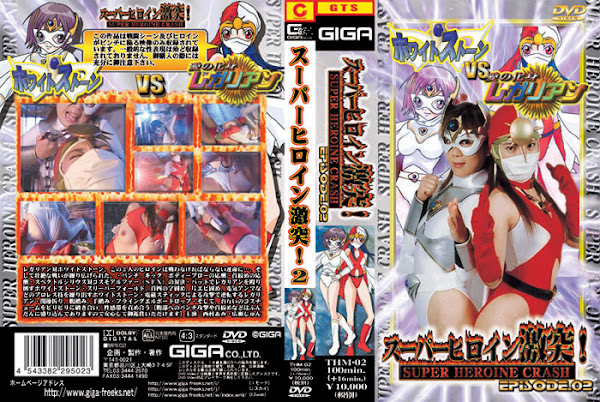 It is a battle of Regalian versus White Stone. They are bound to fight each other... And their battle is going to be fierce， which includes followings: ・A series of attack by punch， kick， body blow ・Neck strangling ・Sectrum Sirius versus Cosmo Alpha (special effects) ・White Stone hitting Regalian by a baseball bat ・White Stone delivers a series of wrestling skills such as sleeper hold， figure-four neck lock， school boy trip， ”electric” massage. ・Regalian reverse the momentum by the attack of magnetic stick. ・Joint breaking attack， stamping on the stomach， stamping on the hand， and flying elbow drop. ・Finally they tear off the costume and aggressively fondle the erogenous zone of each other. [A lot of great scenes such as punch on the stomach and neck strangling are included for best enjoyment.]