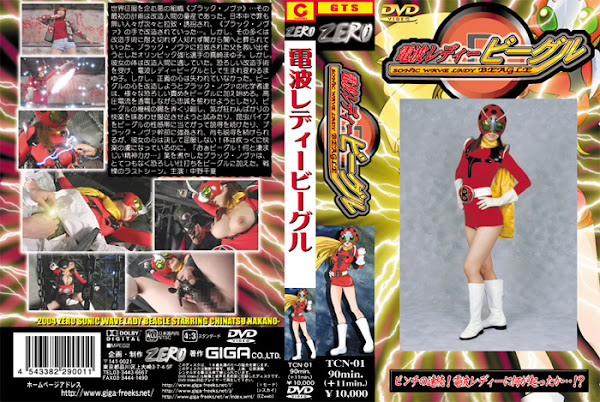 Black Nova was the evil organization planning to conquer the world. Its first plan was to mass-produce the modified people. The innocent people were captured and kidnapped one by one all over Japan and modified by Black Nova. Many of them， however， could not have stood the modifying operation and had been hushed up. Mayuko Masaki， an elite athlete chosen for the Olympic， had tried to save her father kidnapped by Black Nova. But her body was suitable for modification. She was modified to be reborn as Radio Wave Lady Beegle . But her righteousness was not lost. To modify the mind of Beegle， the scientists of Black Nova started to torture her. They tried to make her pledge loyalty to Black Nova by using high-voltage current， fiddling with the mechanical intestines to make her relish madly pleasure， or putting the insect vibrator to her erotic region. She was also disgraced by the executive members of Black Nova and persuaded， but her mind was never yielded， though her body had been already held captive by the pleasure. ”Oh， Beegle， what an awful strength of mind...” Black Nova finally lost its temper and gave her a raw deal. The shuddering last scene is waiting for you.