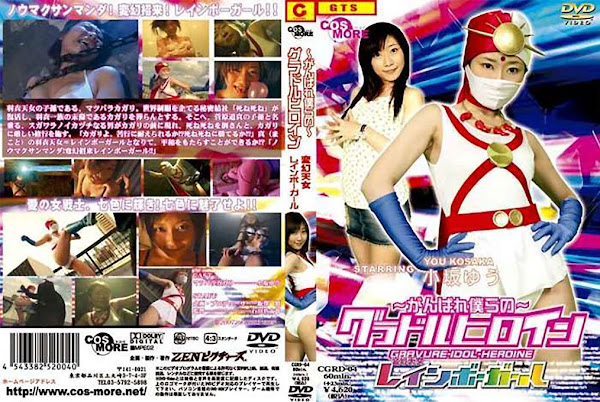 A descendant of a heavenly maiden with a robe of feathers， Kagari Matsubara is. A secret association ”The Die & Die” which was plotting to conquer the world revived again in order to eliminate the descendant of a robe of feather’s clan， Kagari. And then， one man came appeared in front of Kagari. He introduced himself as Ikazuchi Sugawara who was a descendant of a famous ancient aristocrat Michizane Sugawara， and he gave her special hard training in order to beat the Die & Die. ” Kagari， can you bear the penance!? Can you beat the Die & Die!?” Is it possible for her to became a truly heavenly maiden with a robe of feathers， who equivalents to Rainbow-Girl in order to bring peace into the world!? ”Nou・maku・san・manda! Lead me to the transformation， Rainbow-Girl!!”