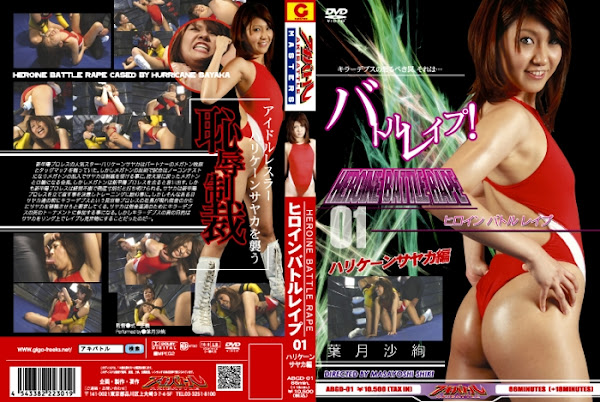 The Hurricane-Sayaka is a popular star wrestler belongs to the Friendly-Ace-Sun Wrestling Team， and she has been fighting tag-team matches with a partner named the Megaton-Makihara. But one day due to fouls caused by the Megaton-Makihara， the match becomes no contest and in addition to that Sayaka has to be taken sanctions because of the Megaton’s breaking in. After the Megaton returns to their waiting room， she quarrels with the chairman of the team and she insisted she is going to leave the Friendly-Ace-Sun Wrestling Team. Also Sayaka hears from the chairman that the team is almost about to go to bankrupt because of the financial difficulties. Sayaka decides to build up the Friendly-Ace-Sun Wrestling Team once again， so she starts to train so hard. But one day in front of Sayaka and other wrestlers there is a show tent’s wrestling president named the Killer-Depth appears and demands Sayaka to be transfered as the debt’s collateral. Syaka is going to join the death tournament in order to pay back the debt. However， real purpose of the Killer-Depth is to disgrace Sayaka on the ring and to make her on exhibition.