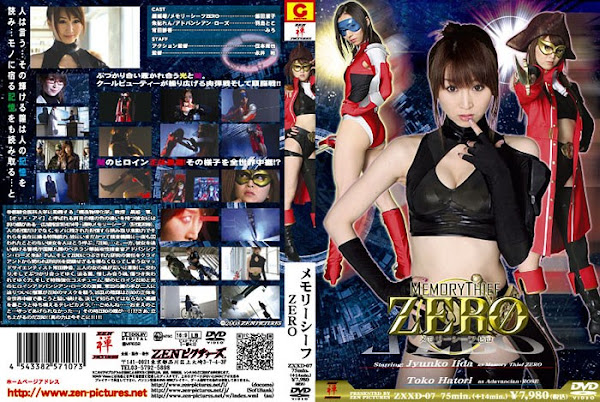 Professor Rei Kurohime is teaching structural physical chemistry at Imperial University of General Medicine. She has ”Odd Eyes” or eyes of different colors and she has another face the world doesn’t know; Rei is actually No. 4014， the country’s most-wanted fugitive， aka ”Memory Thief”. She can read the memories of the other people left on objects and even manipulate them using the power of psychokinesis. As she has never been caught by the police， people call her ”ZERO”. Meanwhile， Ren Shuki， veteran agent of The Metropolitan Police’s Ninth Division， known as ”Agent Advancian Rose”， chases after ZERO desperately. And a mad scientist Shizuka Tsuneta also seeks a chance to settle the score with ZERO as she believes ZERO is responsible for her failed project and the subsequent lawsuit from the client and the closure of her institute. The three women’s souls stand up face to face， then interact with one another before finally clashing head-on. Dangerous traps await the arrival of these girls hating each other. The girls hurt and weaken in special armored costumes. A fierce battle begins between Heroine of Darkness ZERO and Heroine of Light Advancian. Sinister Tsuneta also plans to attack the two heroines and even attempts to tear ZERO’s mask away， trying to reveal true identity of ZERO in front of TV camera. ”I’m sorry... I failed... to protect you...” Then something happens to ZERO’s eyes! Stand up again， ZERO!! Now is time for you to show your real power!!!