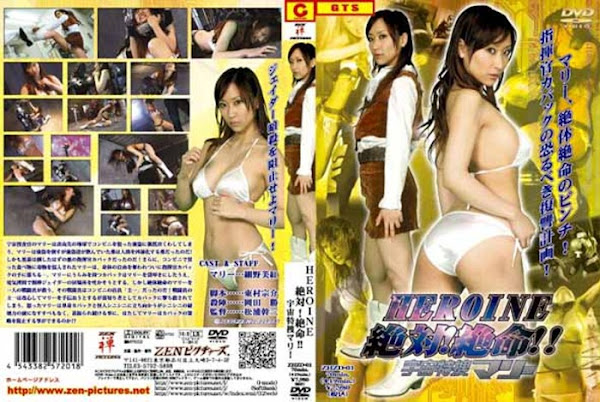 While the Space Special Investigator Mary made an official trip to the earth， she accidentally encountered some rubbers who targeted a convenience store. Though Mary beat them out， they drank some medicine that could turn them into so brutal ones! In addition to that the mastermind was an evil commander named Kabuck who was supposed to be beaten once by Mary! Also Mary who ate the convenience store’s foods mixed with some poison was deprived her physical freedom and was fallen into the commander Kabuck’s will... Kabuck who was having a grudge against Mary totally beat her up， and also by electric torture he tried to make her confess where her partner Gender was staying. However Mary in desperate situations was fortunately rescued by one combatant. Actually the combatant was ”Keiichi” who was a clerk of the previous convenience store! The combatant Keiichi tried to mend his old way and was about to help out Mary， however as a betrayer he was shot to death by Kabuck. Mary became so fury and went to stand face to face solely with Kabuck and a monster named the Sinisini， but she couldn’t do anything against destructive power of the Sinisini. And she was totally being punishmentd by them. Well， would it be possible for Mary to cease Kabuck’s evil plot!?