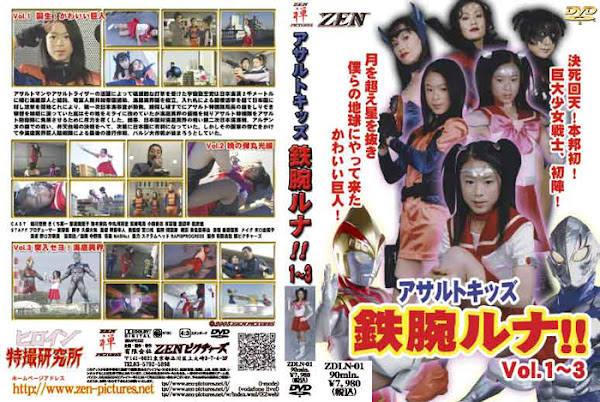 With Assault Man and Assault Riser cutting the mustard， the Cosmic Workers Party got almost devastated， ganged up with Deep Sea Archanthropine dwelling 2，000 meters down in the Japan Trench and founded the Dragon People’s Republic Empire， otherwise known as Deep Sea World. Meanwhile， Arashi， the former head of the Assault Special Investigation Squad， now retired with the family estate assigned to her daughter’s husband and his surname changed to Mirai， learns about the invasion being made by the Deep Sea World. Mirai turns active to develop the Assault Special Investigation Squad into the Assault Defense Force. As a result， war is engaged one after another; Japan vs Deep Sea World， the 2nd Japan Sea Battle， the engagement at Ardennes Forest， and the settlement at Benten Daiba， through which Japan has gained ground for victory. But， the final operation， the Battle of Bulge， is in the making， where the Deep Sea World has summoned the empire’s landing forces of the giants for revenging march.