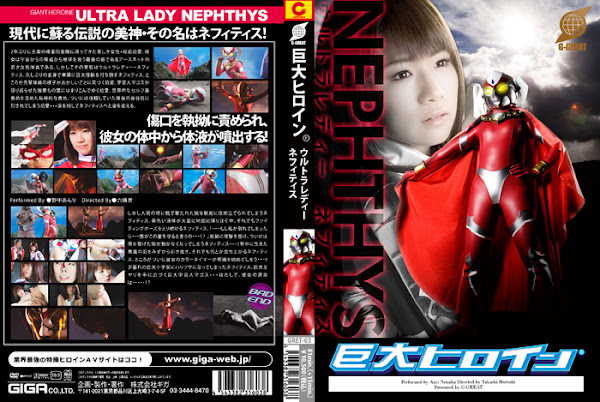 Beautiful Hakuai Oujou has returned to the fold Far-East Defense Corps for the first time in two years. She is a young girlie Corps member of Earthnet， the last fortress that defends the Earth from cosmic threats. In fact， she is Ultra Lady Nephytis. Transforming for the first time in years， she fells the giant monster in a gallant fight. But， Hakuai senses something is amiss with her senior Corps members. She falls in a web of traps set up by Alien Gomas and is put to humiliating tortures including the self nose torment．Finally， she gets screwed by her long-trusted Corps commander Hasemi. At long last， she transforms into Nephytis. But， Nephytis is attacked persistently on her arm damaged in a gun shot when she was human. In the rain of yellow liquids pouring on the ground， Nephytis keeps up her fighting pose. ’If I fall down here...， who is to defend this planet...?’ Under repeated attacks， Nephytis’ damaged arm finally gives in motionless...! Pulling out with all her might the evil wings grown on her back， Nephytis manages to stand up. But， her collar timer starts blinking at last...! Nephytis gets crucified on a gigantic cross at dusk. Hulk Alien Gomas comes up closer with a huge lance in his hand... How will she see the end of day...!? [Bad ending]