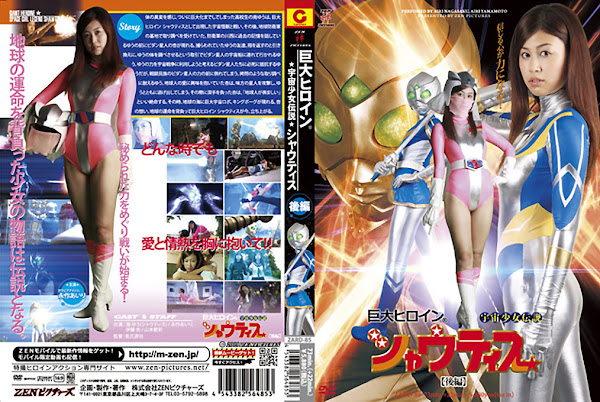 A high school girl Yuu Minami feels something is wrong with her body and she finally grows into a giant woman. As a giant heroine Shawtis， Yuu fights a monster from outer space， and later she is held and investigated at the base of Earth Defense Forces. While Yuu recounts the memories of her past to Kawanishi， a member of the defense army， AN， an alien from Planet Pidan， shows up before them and offers a deal. The Pidan promises Shou， Yuu’s best friend captured by the aliens， will be set free if Defense Force hands over Yuu to them. Yuu is brought to the spaceship by the Pidan so that the aliens can examine her body and make use of her power for their interplanetary war. Yuu tries to resist them desperately， but she is no match for the belligerent aliens and yields to their superior power. Yuu endures their horrible， torture-like interrogations， but AN， who has been interested in love of humans， switches sides and attacks the Pidans. In their attempt to escape， however， AN gets seriously injured. She says “I’m envious of you， humans” and dies. That is when the giant space robot King Borg appears from the sea. Now the giant heroine Shawtis stands up for the love of AN and the peace of the Earth.