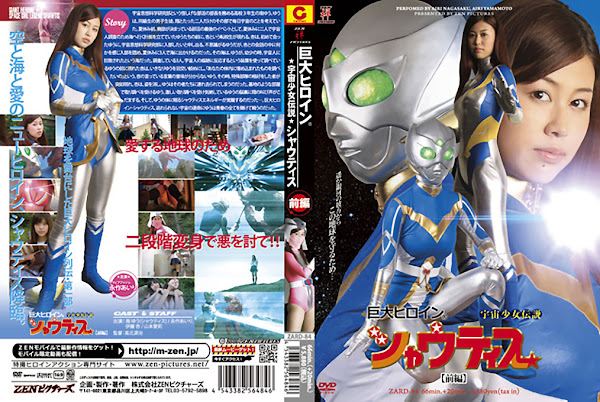 Yuu Minami is a third-grade high school girl and manages a head of a student club that is a sort of spooky one named the Space Ideology Science Research Club. Everyday Yuu thinks about space with the sole member， a male classmate student named Shou in the clubroom. Before the summer， actually the club is going to be abolished， so as the club’s last event they have a plan to go to the sea in order to investigate aliens. But in front of them， suddenly a transfer student named AN appears. AN asks Yuu that she wants to be a member of the Space Ideology Science Research Club even though she just meets Yuu for the first time. Yuu wonders about AN， but she sees something special about AN while she talks with her. So she admits AN’s entry to her club， and three of them go out to the sea. Actually that’s the sea where Yuu had been kidnapped by an alien during her childhood. Three of them investigate about it. Yuu investigates about it with a machine which detects the alien’s marks， but without notice， AN appears in front of Yuu suddenly and pinions her so hard， and AN tells， ”I just want to examine a thing buried inside of your body.” Yuu cannot recognize what AN intends to say. Then， suddenly some people who have outlook of special force appear， and instead of that， AN disappears. However， Yuu is taken away by them. Yuu is investigated in somewhere like a base. While she looses her consciousness after hard investigation， Yuu hears shouting eco of a male member， Shou in her mind. And finally the Shoutiss-Enegy has been sleeping inside of Yuu’s body wakes... The Gigantic Heroine Shoutiss， Yuu bets on her all adolescence in her life and fights toward the space destiny which she cannot be away from.