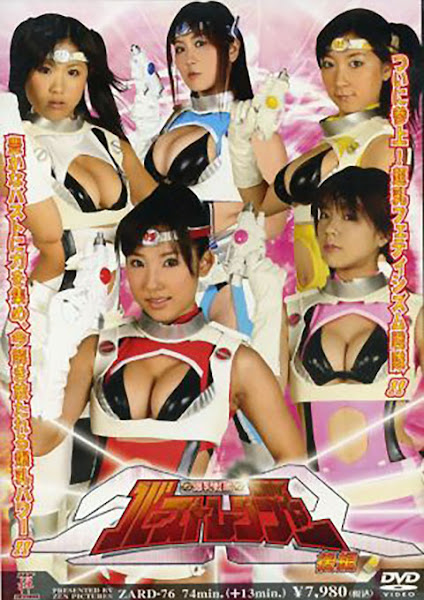 The Burst Rangers have succeeded in beating Bustine， and White suggests that they carry the unconcious Bustine to their base. Waking up， Bustine finds that her memory has been lost， brainwashed by the Bust Draggers. Meanwhile， Blue and Yellow， having doubted the way things have gone， disappear one day， along with memory-less Bustine and Miki. Minus two of them， the Bust Rangers have to cope with reappeared Bust Draggers. While fighting with difficulty， Blue and Yellow emerge with Miki and Zexburst in tow， all clad in the same suit. They call themselves Tri Burst， push Red and others aside and begin fighting with the Bust Draggers to scare them away. The Tri Burst has parted with the Burst Rangers. But， Miki has had a secret trap set in motion， embedded in her secretly， and Blue is captured in her battle with Shadow， who has completely separated with Bustine， and she gets her life energy sucked away. Red and the rest of the Rangers come to rescue her， but... On one hand， confined in a cell， Miki has her memory of Bustine come to life. The bond uniting the Burst Rangers has been ripped. Will it ever be restored? What will happen to the Burst Rangers?