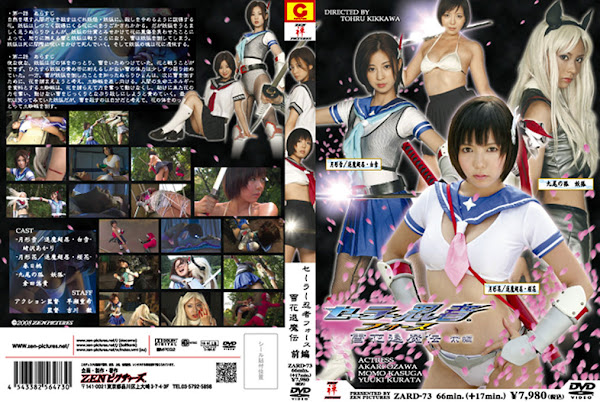 Tsukigata Sisters have the mission to rid specters. The elder sister， Shirayuki， is cool， while the younger sister， Oka， is sweet and gentle. They， as high school coeds， are engaged in ridding the specters day by day. The big boss of the specters， Nuralihyon， is planning on downing and devouring the beautiful sisters for their life essence. In so doing， he engineers the Nine-tail Fox， a wayward specter who holds grudge against him， to start enmity with the Tsukigata sisters， so they might try to kill each other. Shirayuki barely beats Nine-tail Fox， but the spirits of the deceased fox possesses the younger sister Oka. Oka， from that night on， starts sucking Shirayuki’s life essence from her breast. So the sisters are at risk every day and night， upon whom a series of vicious ploys of the specters befall. Specter Nekomata， who’s had crush on Nine-tail Fox but never succeeded in getting her attention， is trying to revenge her by hurting the spirits possessing Oka. Oka is also hurt physically by his attacks. Shirayuki is never to forgive Nekomata for what he’s done to her sister. Meanwhile， Nue， the strongest of the specters， is pouncing upon both the Tsukigata sisters and the wayward specter， Nine-tail Fox， to smash them altogether. After a prolonged battle， Shirayuki， who’s known for her cool wheeling and dealing， gets hammered down to the ground to expire. Her sister and the Nine-tail Fox also get terminated. But， the drama of ridding the specters has yet to come to an end.