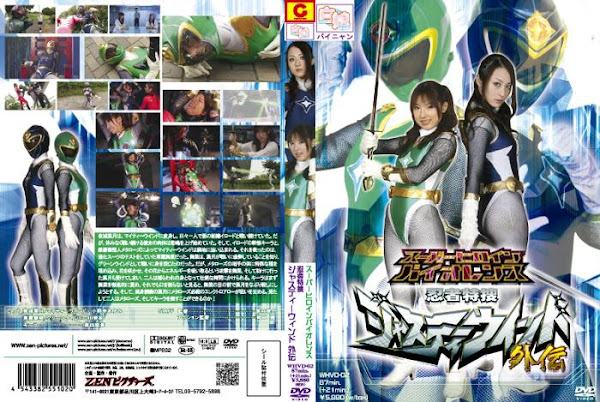 Hazuki Yashiro， transforming herself into Mighty Wind， has been in a lone fight against the YeLord， an organ of vice. But， after the prolonged restless fight， her body has begun to show signs of fatigue. And， finally she has been cornered in a fix by the YeLord’s cadre Keela and MetaRose， the iron rose monster. It is Maina Kusaka， experimenting with a reinforced suit， who comes to save her out. Maina， knowing that Hazuki is almost exhausted， joins her in the battle as Green Wind. MetaRose， with a special tactic of planting certain seeds into the opponent’s body and flowering them to suck out energy， attacks Maina and Hazuki as well who has come to Maina’s rescue. They are captured and put to tortures. Keela attacks Maina thoroughly， who never cracks under torture， and turns to Hazuki instead for the brutal kill in front Maina. MetaRose aims the deadly Electro Arrow at Hazuki who is now totally battered. Will the two turn around and be able to down MetaRose and Keela?