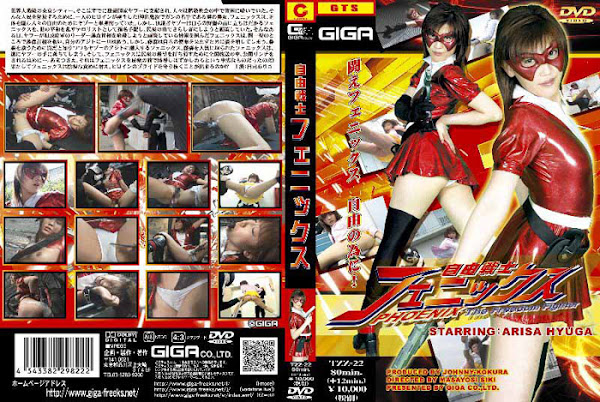 That was Tokyo City after a world war. People were dominated by a dictatorship Yapoo and suffering desperately in the hieratical society. In order to release those people， one heroine came into the world! Elusive the Phoenix who was a gun expert and a mysterious beautiful girl was disguising herself and fighting against Yapoo solely for a freedom of people. However， the dictator Yapoo was plotting exposing the Phoenix’s miserable figure on the public by hunting for the names suspect as a terrorist who could disturb the peace; he was sure that she would be his biggest confrontation against his evil design. And one day the Phoenix caught some information， which Yapoo was plotting assassinating the Prime Minister Fujimori who used to be a leader of the former government troops. Right before he was about to be killed， she succeeded to rescue the Prime Minister Fujimori， and she gave him shelter at her secret base. But the Prime Minister Fujimori disappeared from her for the sake of completing his mission. Then the Phoenix sneaked into Yapoo’s base in order to rescue Fujimori again even if she knew that it could be a dangerous trap. Sure enough， Fujimori was already taken hostage by Yapoo， which made her easily entrapped by him finally. And Yapoo gave her public torture by a nationwide broadcast for the purpose of terminating a last light of people’s hope… Moreover， it was tremendously nasty ceremony that the Phoenix was insulted on the public so obscenely! Well， could it be possible for the Phoenix to protect her pride as the heroine and endure Yapoo’s malicious teasing!?