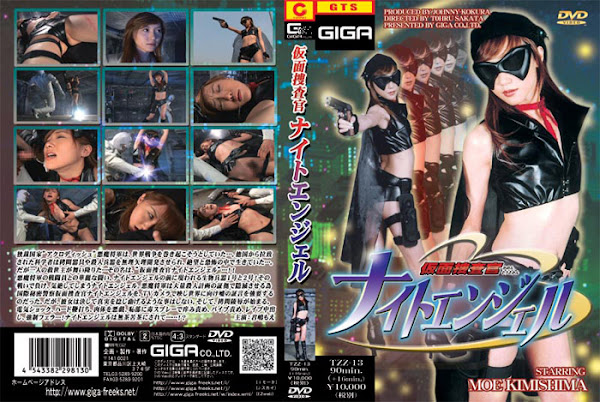 General Demon of an autocratic state ”Acrodish” is planning to cause a world war. Those scientists who have been kidnapped from other countries are living desperate and fearful lives being forced to develop torture tools and genocidal weapons... But a savior swoops down. Her name is Masked Investigator Night Angel!! A splendid battle against combatants of General Demon revolves. Bioweapons 1 & 2 appear in front of Night Angel! Night Angel loses in the battle and faints away. In order to hide evidence of the mass-murder plan， General Demon plots to make Night Angel， as an investigator of International Secret Police， lie in testimony that is broadcasted all over the world. However， she never does things that distort the truth. And humiliating torture begins. Electric shock， hard whipping， physical molestation， itchiness attack with poisonous spray into Night Angel’s secret parts， vibration attack， internal ejaculation disgrace， forced blow job... Night Angel gets absolutely messed up...!?