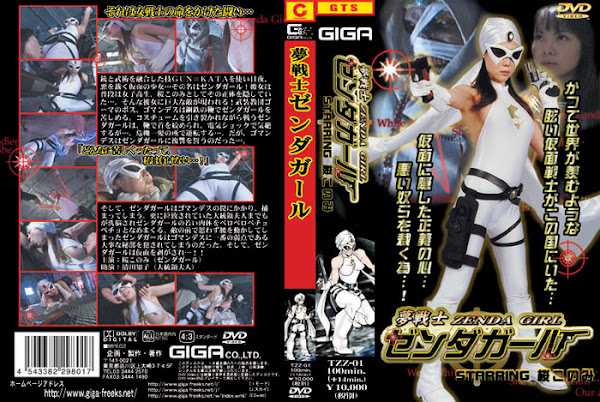 There was a masked girl who punished the evil using GUN=KATA， a special fusioned skill between gun and martial arts. It’s Zenda-girl! She has been kept her real identity secret behind a usual school girl... One day， she encountered with gigantic enemy! Gomandes， who was a boss of an armed religious community， whipped Zenda-girl with steel. Zenda-girl got her costume torn and her neck choked， and lost her consciousness getting electric shock... But she turn the tables on him by a queak... Then， Gomandes sweared to revenge on her... After that， Zenda-girl got trapped by Gomandes and got caught. What was worse， the first lady， who had been abducted and got brain-washed， began licking Zenda-girl’s young body. Zenda-girl wagged her hips irresistibly even in front of her enemies， and so， she got disgraced by Gomandes. And Zenda-girl had her mask off， and...!!