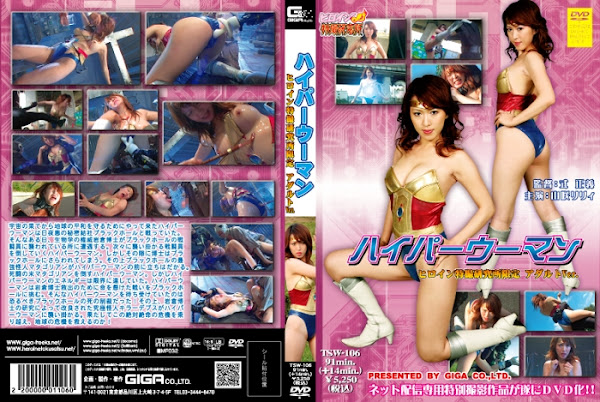 Hyper Woman has travelled from the other side of the universe and has been fighting the evil secret society Black Hole to protect the peace of Earth. One day she happens to pass by when Dr. Iwakura， authority on biology， is attacked by the combatants of Black Hole. Hyper Woman beats off the attacks of a group of combatants， but the doctor is kidnapped by the enemy. Moreover， Matagorian， the strongest monster of Black Hole， confronts Hyper Woman. After the long， deadly combat Hyper Woman defeats Matagorian， but much of her life energy is consumed. Though terribly exhausted， Hyper Woman rushes off to save Doctor Iwakura and with her last bit of strength wages a battle against Black Hole. What awaits her is， however， heinous Black Hole’s Punishment of Death! The organization has developed a new type of monster using Dr. Iwakura’s findings， the ultimate monster Killer Depth， which attacks Hyper Woman. Will Hyper Woman survive the deadly battle and save the world from total destruction?