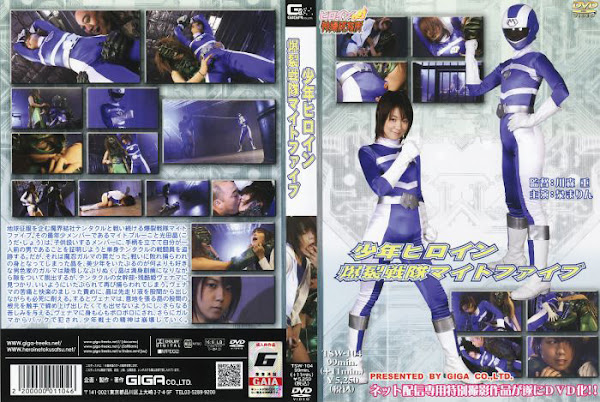 Burst Force Might Five keeps fighting the enemy called Tentacle， the evil syndicate of the demonic world that wants global dominion. Shou Kouda is Might Blue， the youngest member of Burst Force， but Shou is not very happy as the rest of the force treats him like a boy. Discontented， Shou attempts to prove he is a man by tracking down Tentacle’s combatant on his own， but it is actually a trap set by the demonic ninja Garma. Defeated and captured， Shou is then insulted and tortured by the sodomite Garma， who loves torturing beautiful boys more than anything. Though injured all over， Shou manages to escape， but is found by Tentacle’s female boss Venama， who imprisons and tortures him to her heart’s content. Venama’s tortures are actually an exquisite mixture of pain and pleasure to the boy and pre-cum comes out from between the legs， but he desperately endures them. Then Venama changes her tactics and squeezes the resisting boy’s groin tightly with her tentacles so that he cannot cum if he wants to， to inflict further pain on the boy. The boy， ruined mentally and physically by Venama， is raped by Garma in doggy style， and the boy fighter’s mind collapses.