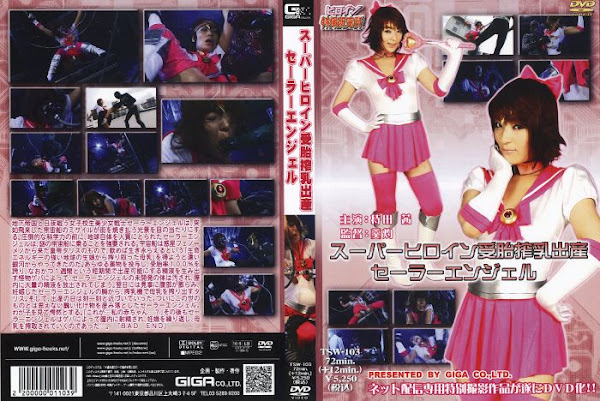 The beautiful high-school co-ed， Sailor Angel， has been fighting day and night the underground empire of evils and witnesses one day to the space ship firing missiles and burning the towns to ashes. Under the overwhelming scientific power of destruction， the Earth has now been taken as hostage. Sailor Angel is compelled to go on board the mysterious space ship. The space ship has been sent from the Planet Phenomeno by the Empress Taris all the way from the far side of the Milky Way to get hold of ”mother’s milk squeezed from a virgin on the Earth with full of life energy”. Monster Geva， able to secrete semen， laced with drugs， that is capable of impregnating 100% and delivering a child in a week’s time， ejaculates a plenty of semen into Sailor Angel’s virgin vagina. The following day， her belly has started to swell and Taris begins to suck mother’s milk from her breast. And， the day of delivery is closing in. Sailor Angel gives birth to an ugly， unearthly baby monster， startling mother Sailor Angel. ”Is this my baby?” Thereafter， Sailor Angels gets impregnated by Geva’s semen time and time again， with the mother’s milk sucked off... ＢＡＤ ＥＮＤ