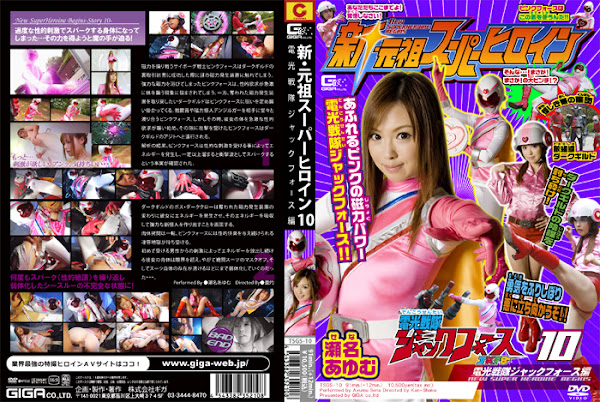 Cyborg Warrior Pink Force， fighting with her magnetic force， accidentally touches the mysterious magnetic force generator when she successfully foils the backdoor deal of the Dark Guild. Exposed to the powerful magnetic force， Pink Force is now annoyed by sudden onslaughts of sexual desire. Meanwhile， trying to take back the hijacked magnetic force generator， the Dark Guild focuses its attack on Pink Force. Pink Force deals bravely with the oncoming fighters and magnetic specter Delsinger， but then she is aroused by sexual desire which renders her defenseless and allows the Dark Guild to take her away to their hideout. In the analysis， Pink Force is found to generate energy， stimulated by sexual desire， which results in sparking discharge of impulse waves after the energy reaches a certain limit. Dark Claw， the Dark Guild boss， instead of taking back the lost magnetic force generator， engineers to have Pink Force generate enough energy to create new powerful specters by absorbing the energy. Pink Force is put to hellish screwing that fills her constantly with sexual pleasure. She gets stimulated by her first experiences with males and keeps on releasing energy， until her body can no longer tolerate. In time， her mask is ripped off of the fighting suit， and the suit is weakened so that it becomes sheer and transparent... [Bad ending]