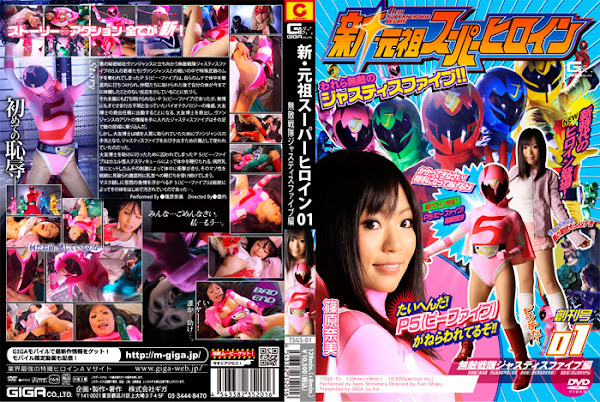 Five young fighters battle the evil forces of Vengeance. Their name is Invincible Unit Justice Five! In their fight against the dark organization， P5 (P Five) lost her whip to the enemy. She is heavily whipped by her own special weapon before she is saved by her partners， but she discovers her body is feeling strange like never before. P5 cannot confess it to anyone and keeps the secret to herself. She has no time to rest and relax as she is immediately sent on another mission to rescue Doctor Ootomo， authority of biotechnology who has been missing. Justice Five succeeds in their mission. They save the doctor and obtain the information about the hideout of Vengeance. The rangers hurry to the enemy’s base， but it was a cunning trap of Vengeance. The evil organization had taken the doctor’s daughter hostage， and forced him to cooperate with them. In her attempt to rescue Ootomo， P5 is captured and whipped all over her body by the frog monster Testickle. When the monster’s whip hits her nipple， she is totally turned on and her whole body becomes extremely sensitive. The enemy mastermind detects her secret and continues to whip her nipples hard to inflame her masochistic nature. Her mask barely hides her moaning face and the innocent female fighter P5 is violated by the mastermind.... [BAD END]