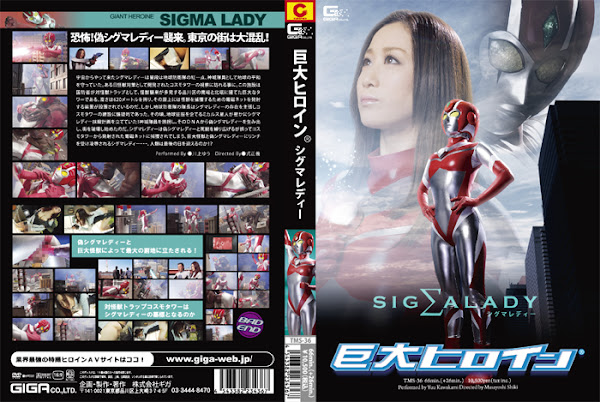 Kamishiro is the only female member of the Earth’s Defense Force， but she is in fact Sigma Lady， a superheroine who has come from outer space to protect the peace of the world. One day she visits Cosmo Tower， national facilities created to prevent monsters’ attacks on the metropolis. Located at the north and south ends of Shinagawa ward， Cosmo Tower is in the direct path of the monsters invading Tokyo， and the huge 620 meter-high tower， equipped with a device to launch an electromagnetic net， is created by the Ministry of Defense to trap the ferocious beasts that attack the city. However， chief of the Earth’s Defense Force， who trusts Sigma Lady’s strength， is not sure of the effectiveness of the new towers. Meanwhile， the Mikarus aliens intent on conquering Earth are secretly planning to eliminate Sigma Lady! They abduct Kamishiro and by copying her DNA， create the Imitation Sigma Lady that starts destroying the city. Sigma Lady fights the Imitation Sigma Lady， but during the fierce battle she is attacked and caught by the Cosmo Tower’s electromagnetic device by mistake. Sigma Lady is lynched and humiliated by a huge monster and the Imitation Sigma Lady.... Is this is end of human beings?! [BAD END]