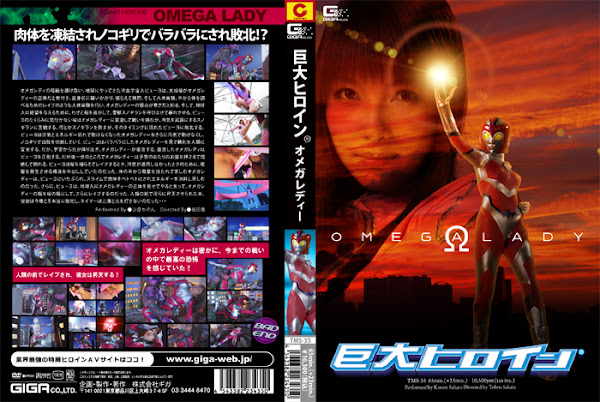 Buyo， the cold-blooded spaceman who has come to the earth with an undertaking to assassin Omega Lady， learns that Omega Lady’s true identity is Sakura Ohshiro. So， he plans to arrest， torture her before she has time to transform and carry out a disgrace-like human experiment on her to examine her internal body. He finds out that the cold is Omega Lady’s weakness. Buyo releases Sakura on purpose to give earthlings despair and calls in the Snow Beast Snoguillan to cause rampage. Sakura， without realizing Buyo’s plot， transforms into Omega Lady and challenges him for a fight. She finds it hard to beat Snoguillan who uses the cold as a weapon. Somehow， she beats Snoguillan but loses against Buyo， who incapacitates Omega Lady with the cold， weakened from the cold and out of energy. Buyo severs her arms and legs with a saw and announces victory over mankind. But， a ray of light falls down from space to revive Omega Lady. Revived， Omega Lady overwhelms Buyo and is only one step away from victory when she suddenly falls down with a pain in the abdomen. Buyo， when he put Sakura under the disgrace-like experiment， injected sperm inside her that would cause electrical shocks just in case the cold does not take effect on her. Omega Lady is now in pain with the electric shocks from inside her and gets molested by Buyo， with her body covered with slime that sucks up her energy. Moreover， Buyo turns Omega Lady’s face into Sakura’s to reveal Omega Lady’s identity to earthlings and screws her time and again. Made to come in front of the earthlings， she is totally defeated for the last time. The timer is not to light the light ever again.  [Bad ending]