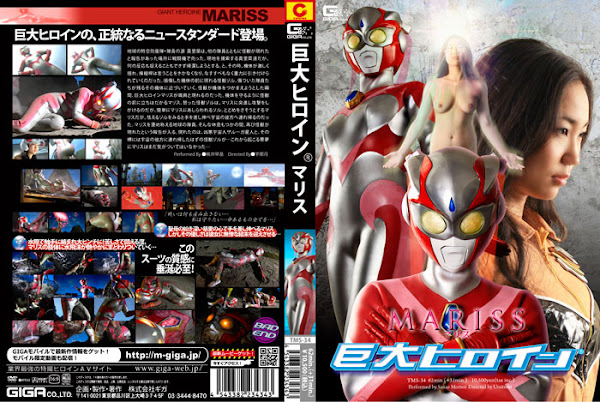 Marina Minamoto is a captain of Air Special Defense Force. One day a monster attack is reported， and Marina and other pilots are called into service again. She and other fighter pilots hurry to the place where the monster is seen， but cannot find anything unusual. They decide to go back to the base when Marina’s fighter jet starts jolting， totally out of control， and it is drawn to the gravity field. Suddenly the monster Zol appears before Marina’s heavily damaged fighter， and other rangers， though wounded in the battle， try to rescue her. When the monster is about to grab the plane， however， our heroine of justice Giant Heroine Mariss shows up， stepping in before the monster to protect the fighter jet. The angry monster Zol rushes toward Mariss to attack， but is defeated easily. Mariss is about finish off the monster when she notices it is trembling with fear. So， reaching out her hand， Mariss flies up into the air， taking Zol far away into outer space， and her action is highly praised by the rangers. Soon after this incident， another news report about a monster arrives. It is a vicious space alien Zaluga and the monster Zol that should have been far away from Earth.... Little does Mariss realize what lies in store for her， a real nightmarish experience she has to endure.... [BAD END]