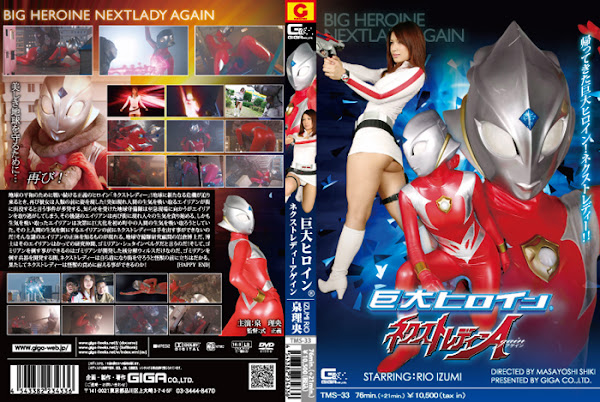 “Next Lady” is a heroine of justice fighting for the peace of Earth!! When a new crisis threatens humans， she comes back again to save the day! A series of strange cases of the alien sucking life energy from humans are reported in the city. Members of Earth’s Defense Force quickly set out to the scene， but they fail to capture the alien. The mysterious alien attacks people again in the town to devour human energy， and it starts growing bigger and becomes a giant life form. Next Lady cannot attack the monster as this alien， using their life energy， takes the townspeople as hostage! That is when Dr. Iwakura of Earth’s Defense Force reveals the secret of the monster. The doctor says the alien is in fact Dr. Gomirian Steinberg， his former partner in the laboratory! Moreover， he says， only the nucleus dissolution virus developed by Dr. Steinberg can destroy the transformed Gomirian. Next Lady must stall the attack of the monster and protect the city while a new weapon to defeat Gomirian is being built. But will Next Lady survive the tortures of the monster?!