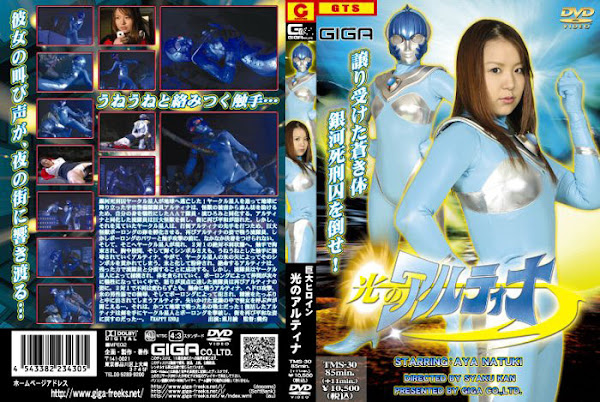 A galactic condemned criminal named the Yaacle alien ran away to the earth! A member of the Space Escort Unit named Ultina traced out the Yaacle alien and flew down to the earth. And other hand there was a member of AAT named Hiromi Nagare who sacrificed her own life in order to save a baby against damage of a monstrous animal. Then Ultina just arrived on the earth assimilated with Hiromi Nagare. And after that the member Nagare who could be Ultina knocked down the monstrous animal and she could bring the peace in the town again. However， the Yaacle alien who watched what all happen tried to hatch an egg of a Monstrous animal called Bowlong in order to take the initiative and knock down Ultina. The member Nagare transformed herself into Ultina and she fought against the monster， but she had a hard time to finish it up because of Bowlong’s power and attack of tentacles. And in addition to that the Yaacle alien appeared in there and drove Ultina into an absolutely unfair situation by 2 to 1. Ultina was tied up by Bowlong’s tentacles， and also her bosom， crotch and shining symbol were surrendered with winding tentacles. After a while her symbol was penetrated by an ice arrow of the Yaacle alien. She was turned into the ice and was crushed to pieces， and she totally expired. However， by barely remaining power she succeeded in splitting with the member Nagare. But unfortunately the member Nagare was captured by the Yaacle alien and was devoured her body. While her fellows were sacrificed one by one by Bowlong， the member Nagare reached the peak of her fury and she tried to transform herself into Ultina again. Even if she was at a disadvantage by 2 to 1， she fought hard desperately. But she was having sludge attack， surrender by iced male pole， and she was disgraced and was shot their sperms fully inside of her pink hole. She heard some voice calling her under losing her consciousness... That was the warrior who used to fight on the earth! Ultina came to life again and destroyed both the Yaacle alien and Bowlong with her sword， and she could bring the town back to the peaceful state again... HAPPY END