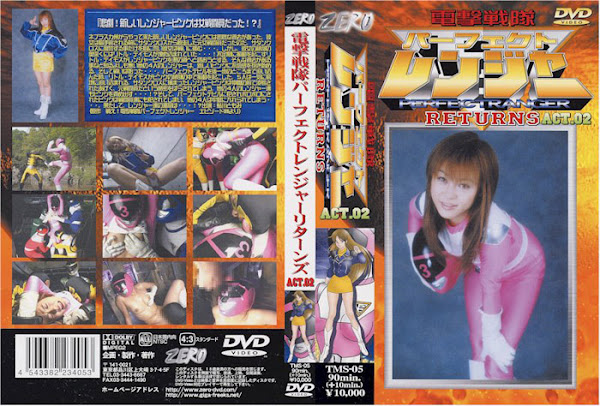 Ranger Pink， the new Ranger who has come from Nebraska， has had a miserable past. She was one of the women fighters who deserted the Satan Cross just before she was about to be operated on her brain. She is keen on revenging the Satan Cross. But， truth is that she has had the Little Deimos embedded deep into her cunt... The Little Deimos sends vibrations at random periods to seduce Ranger Pink to wicked paths. The four other Rangers， knowing nothing about her past， starts doubting her. And， the battle has started. The moment the Blitz Rangers has cornered Perfect Devil， the Little Deimos starts vibrations in her cunt， turning the table on the five Blitz Rangers. Now， Ranger Pink is a captive of the Satan Cross， being molested in front of others， with her past history of having being one of the Satan Cross’s fighters revealed. The four Rangers begin accusing her... And， disgraced by Perfect Devil， Pink is now gang banged by other fighters， with the four Rangers locked up in the prison. Can the Rangers get away from the fix...?