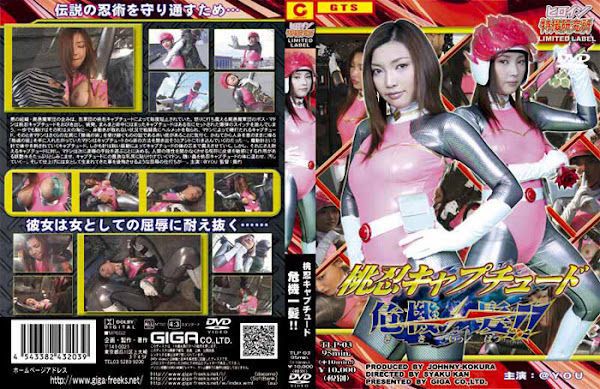 The rogue corps Sigma had always been nipped in their schemes by To-Nin Captude of the Ninja troupe. Madon， the corps head of Sigma， got so mad and angry with the ever-so obstructive To-Nin Captude that he placed a trap. Madon was successful in enticing To-Nin Captude out and played gimmicks to infuriate her out of her senses. She was lured into a town and stepped on the switch， where bombs had been planted. One step away from the switch， the town would be blown to pieces. She was stuck on the switch， while her enemy fighters took her helmet and Madon kept beating on her head. Suddenly， Madon realized that Captude had a red scar on her left shoulder， the unmistakable sign of an heir to the Despiritualizing Magic power. Coveting long for the Despiritualizing Magic power that could manipulate anyone at will， Madon tried to squeeze the Magic out of Captude. Captude would never crack a word， and thus she was taken to their hideout. Stuck with devilish vibrating needles all over the body， Captude got paralyzed to the core of her body. But， now Madon decided to try on another torture on Captude who was barely enduring the vibrating needles. Madon began covering Captude’s full breasts with curse plasters soaked in plentiful vamp water that would strip reason and make skin super sensitive. Captude tried not to lose her reason， while enduring the effects in agony， but Madon’s fighters devoured her body with such vigor. She was now disgraced by a grotesque worm-like creature. The monstrous creature sucked on Captude’s ample breasts and tight groin. Irritated， Madon at last thrust his cock into her cunt and ejaculated semen in bursts. Later， she got disgraced by other fighters who all relieved themselves into Captude. Would there be a turnaround?