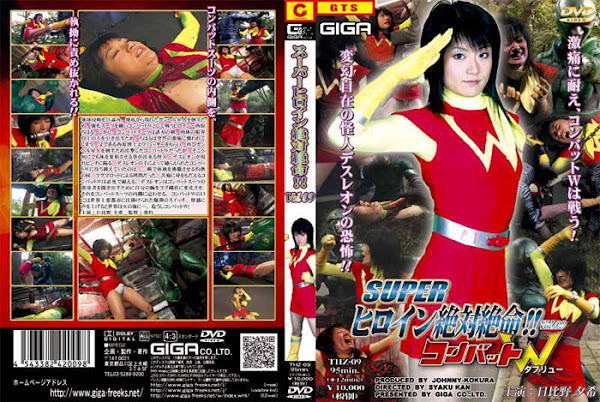 Chiharu Nishihara is a heroine who fights as Combat W wearing a reinforced suit to defeat Gunhell Star aliens that have emerged from deep under the ground to plot invasion of the earth. But the combat suit cuts two ways; as it extracts power of over one’s physical limits， Chiharu suddenly feels great pain. Given a limiter from her father， Dr. Nishihara， Combat W once again makes her way to defeat Gunhell Star aliens. There appears Dethleon， a monster that can convert himself into anything， and she falls in a pinch. What is waiting for Combat W held in captivity by Deathleon is a torture using Magmarod， a burning stick that brings body fluid to boil instantly. Even though she writhes in discomfort， she holds up desperately. To make her disclose who invented the combat suit， Dethleon shapes his arm into knotted rope and wriggles it inside her combat suit. He lays the switch of bombs set in major cities around the world inside the mouth of Combat W. If she lets out a voice out of pleasure， the world will turn into sea of fire. Combat W is in trouble!