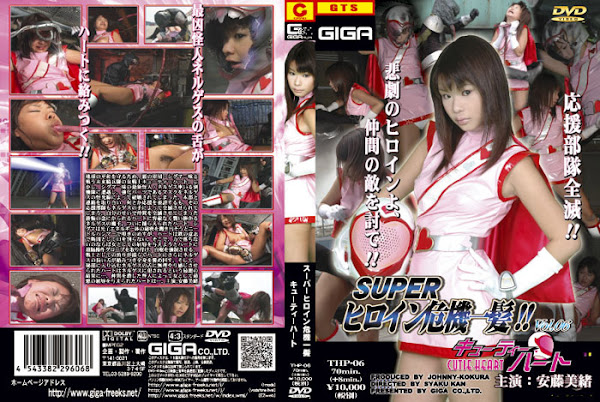 To protect the peace of the Earth， the female warrior of Future Calvary， Cuty Heart， fought against the Sigma， the evil squadron. But when she had faced the detached force led by the newest monster of the Sigma， Nerugesu， the strengthened mask was destroyed by the mystery beam of Nerugesu. Though she contacted the headquater and mangaged to ask for the help， the reinforcements were also exterminated by Nerugesu. Nerugesu mercilessly attacked Heart， who felt regret for the death of the comrade. Sigma finally succeeded to catch and hit her by the needle hammer to ferret out the secret of the pothon energy body， but she would never confess it by the iron will. Nerugesu decided to put the remote-controled glove on her and force her to do masturebation to give her disgrace as a woman because she did not give up by the force. Her pride as a warrior began to waver and the long tongue of Nerugesu got wound around her and licked her. She was forced to reach to the climax by the tongue of Nerugesu entered into her secret place and got disgraced. What would happen to Heart， who were humiliated by the monster who had killed her comrade?