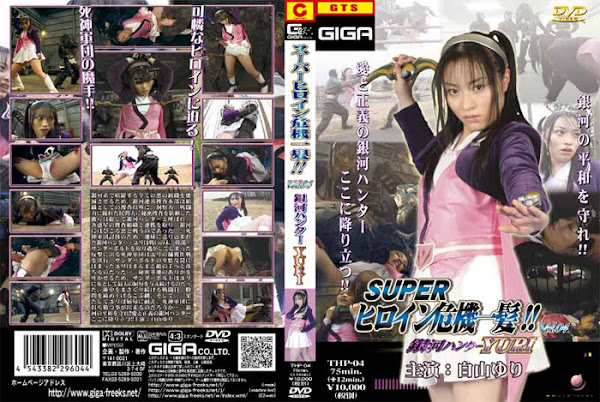 Galactic Federal Bureau of Investigation asked the civilian people with superior ability of discernment and fight as well as the investigation as a organization to destroy every evil organization which was operating beheind the scenes in the Galaxy. They were called the Galactic Hunters in general， and cooperated with the investigating organizations of each planet. Yuri， the Galactic Hunter， who had been sent to the Earth to defeat the Death Corps， had missed the escaped Thunderbolt after the fight. The Death Coprs had decided to captivate Yuri. Yuri fell an easy victim to Thunderbolt’s dirty trick. To make her confess where the secret base was， Thunderbolt continued to give her the greatest disgrace as a woman. The combatants continued to grope her whold body and put a rope with knots on the crotch. Would Yuri be able to stand the disgrace and defeat the Death Corps? Keep the peace of the Galaxy! Galactic Hunter with love and justice appears now!