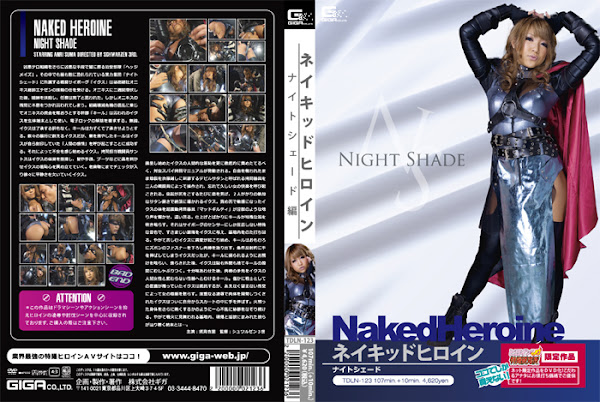 Hedge Maize is the security corps known for terminating vicious terrorist groups by far more vicious means. The fighting cyborg Icks， belonging to the formidable fighting unit most dreaded by the enemy， now receives a mission to assassinate Echizen， the chief of the Onyx junto. After infiltrating Onyx for two weeks， ending in the successful assassination of the chief， the mission seems to have been accomplished. But， Icks is taken off guard by Onyx to abscond with the junto’s funds by using Icks as an ecological terminal and demands her to release the electronic lock. Naturally， Icks turns down， and Keel forces her to give in. Icks puts up with violence， but Keel finally succeeds in reviving in Icks the ’human sentiments’ that she has sealed off herself. Now， Icks begins to feel uneasy. Santos， who is in charge of torturing， picks on her body odor， sniffs at her hair， gloves and boots to torment her sense of shame. Her excretion is checked， which gradually upsets her mentality. She starts exposing her human shame， now the target of torturing for which a manual for torturing woman spies has been engaged. The Devil Saturn， a torture machine to stimulate her slit from over her clothes while constrained is now operated by two fighters， and her womanly ecstasy she has long forgotten returns. She chokes for breath as the prong caresses her butt， and the two men manipulate the Saturn persistently to lead Icks to orgasm. Now， with her body made so sensitive by the torture， the Mad Guilty， a super vibrating torture device， whines like a mad beast and creeps all over Icks’ body. Keel now blows a special whistle to finish off. It produces a special note that acts only on the cyborg’s sensor， giving unbearable pains to Icks and sending her wriggling across the base. In time， something takes effect on Icks’ body， and Keel sets out to unzipping his pants and taking out his python. Icks reaches out for it in a conditional reflex， but Keels holds her off willfully to tease her. After a while， Icks can no longer put up with it and scrambles to gulp at Keel’s groin， casting off her shame and pride. Keel now points his python away from gratified Icks toward her vagina that looks exactly like that of a human woman. Icks， with a bit of her warrior’s consciousness left， resists but gives in to have sex unwillingly and part with her dignity. Tamed and habituated with repeated screwing and ecstasy， Icks is in the habit of reaching her hand beneath the skirt to grope her intently as if to heat her already heated body. Soon， the base is afire with battle. What will happen to them so tainted with battle smoke and carnal desire... [Bad ending]